The task of our fourteen (14) officers consists of patrolling the streets of our community and responding to all calls within a short delay. Their daily work consists of being investigators patrollers. They take care of the files relating to the Motor Vehicle Act, Criminal Code and all other provincial statutes.

The investigation section is formed of two (2) members who handle files dealing with major crimes. All officers follow continuous training, which allows better service to the population and crime resolution.

In 2003, the police forces in the northern New Brunswick formed an alliance and signed a Mutual Aid Agreement for the sharing of specialized police services. The forces include the Bathurst Police Force, Grand Falls, Edmundston, Woodstock, Miramichi and the BNPP Regional Police.

With this Mutual Aid Agreement these municipalities are provided with most professional service while still remaining cost efficient. These services include Ident, the acquiring of physical evidence; canine section; polygraphist; and major crimes just to name a few. 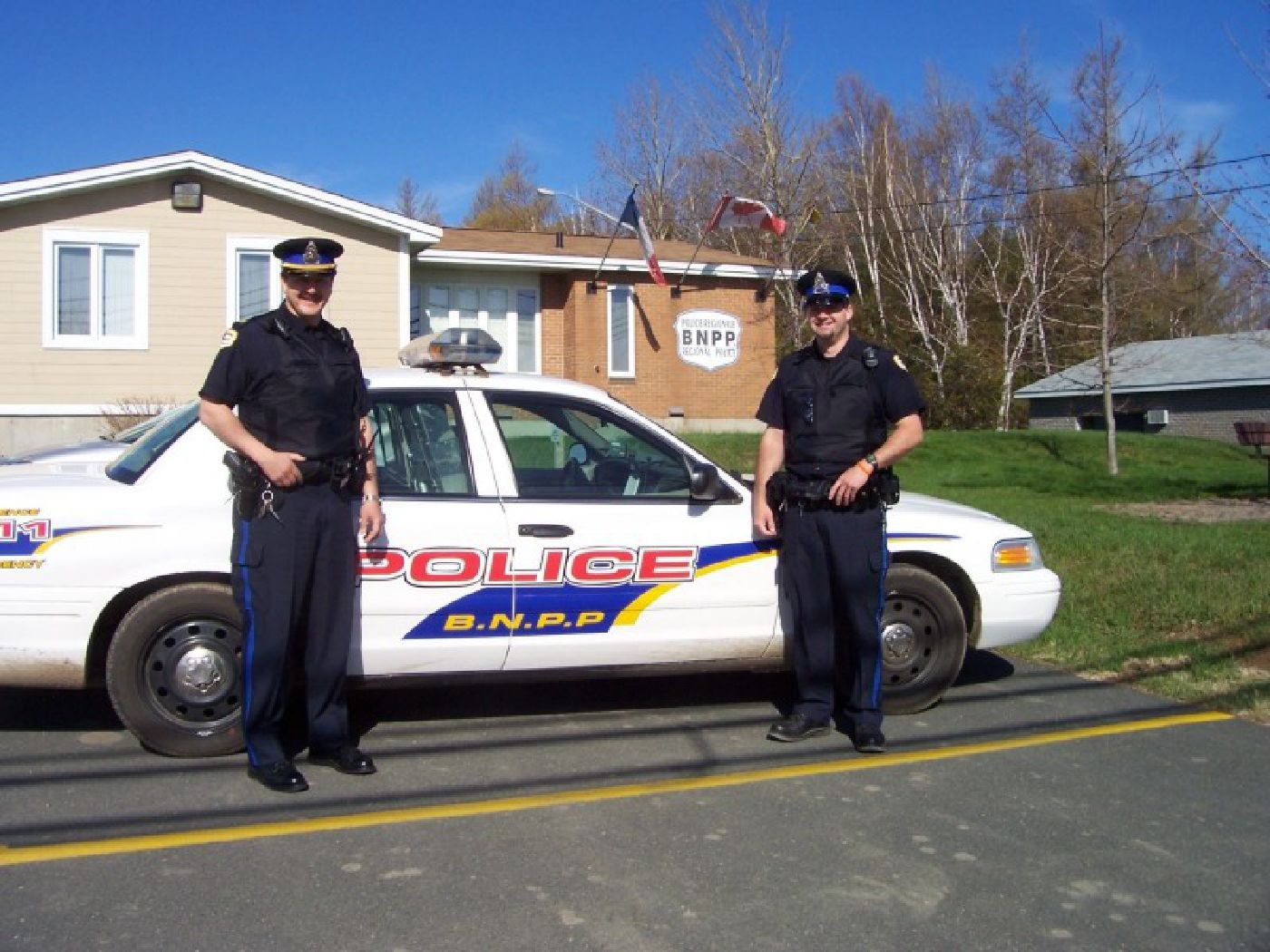 Our officers have CPR, First Aid and defribulator training giving them 'first responders' status. Whenever a life threatening medical call comes in to our 911 emergency centre, our members are dispatched to assist Emergency Medical Services. This increases the victim's chances of survival.

A $35 administration fee is required for criminal record checks for employment purposes; and $10 for volunteer work.

In most cases, criminal record checks can take 7 work days to complete. Applicants must provide two pieces of identification to start the process, such as a driver's license and medicare care.

Once completed, individuals will be provided documentation as to whether or not they have a criminal record.

Our officers are also very involved with charitable organizations in the community such as minor hockey and baseball, Curl for Cancer, and various other crime prevention events. We also organize a yearly bike rodeo in local arenas that hand out thousands of dollars in prize to children ages 5 to 13.

We are very implicated at the provincial level by being part of various committees such as Crime Stoppers and the Criminal Intelligence Service.